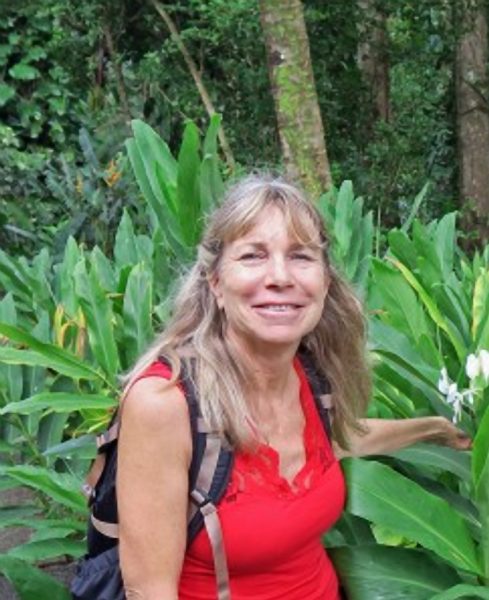 Chrisse began her art and teaching career in Panama in the 80s. She moved to Okinawa, Japan for a teaching position in 1999. During the 14 years that Chrisse lived in Asia she taught young students the creative ways, painted and captured many underwater photos. Her earlier works have been greatly inspired by Asian and Panamanian cultures and the underwater world. Chrisse has exhibited her batiks, mixed media paintings, pen and ink drawings, fashion, photography (land and underwater) and jewelry work in numerous shows for over 3 decades in Japan, Italy, USA and Panama. Presently, she is retired from her teaching position with DOD schools but has continued to take photos and paint at her beachfront home in El Palmar, Panama. Chrisse has been greatly inspired during her transitional time by the nature around her- the beach, the tides, the moon, the power the ocean. Chrisse has exhibited in the USA, Panama, Japan and Italy. Her artwork and photography have received numerous awards and can be found in collections all over the world.